The dark red pepper is the diamond, or in this case perhaps the ruby, of the Kampot pepper plantations. It is a unique feature of this beautiful location that you would be hard-pressed to find elsewhere. The uniqueness is also the very essence of the taste and aroma of this pepper, which is quite unlike any other. 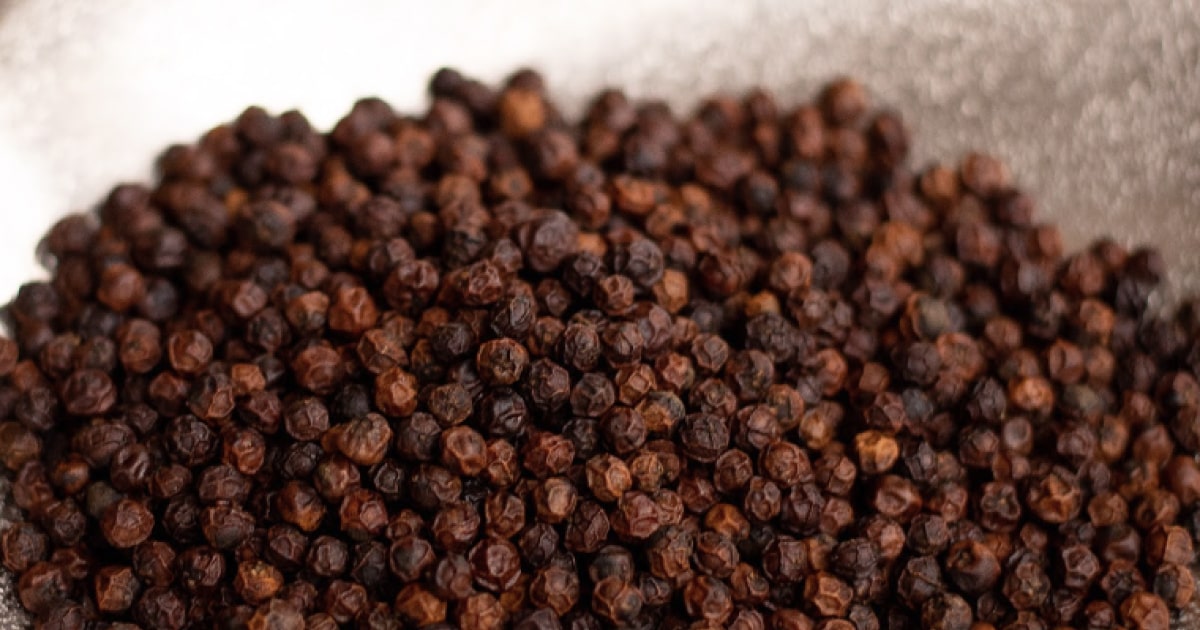 It will probably come as no surprise that both dark red and red pepper offer a range of nuances of red fruits and plants when ground. The observant may notice the floral notes of roses, which are then complemented by light rosehip notes. After that, the scent of dried cherries develops and nuances reminiscent of classic incense are not overlooked.

After two to three minutes, this red dance calms down and the aromas become a little more characteristic of Kampot pepper. There are notes of citrus fruits, rye sourdough bread crust, as well as light notes of dried tangerines, which are complemented by subtle nuances of dried red berries.

When placed in the mouth, the red pepper develops a pungent yet subtle flavour. It is reminiscent of the fresh taste of fruit with a concentrated, delicate intensity. These fruity notes also make red pepper a magical spice that offers enormous scope for experimentation. For dark red pepper, which is a kind of selection from the grape and contains the most ripe balls, then expect these notes to be all the more powerful and intense.

Not only is it suitable for flavouring classic savoury dishes, but it can also be used in desserts or alcoholic beverages, in short, wherever we want to surprise with an air of refinement and an unexpected taste of the exotic. Judge for yourself, who wouldn't like an ice cream topped with a few specs of red mystery.