A few years back the father of our co-founder Tim had a business in Arjeplog in northern Sweden. It was a German bakery with traditional German bread and pastries and at least once a month he flew up to Sweden to check on the business. On one of these trips during winter time, Tim joined him and had some fantastic days including a ride on a snowmobile and on a dog sledge, going ice fishing and a night in a typical tipi tent around a bonfire. During this night it was also the first time he tried dried reindeer meat, a taste experience that was unforgettable for him ever since.

Some years later, when he came to Lund to study Entrepreneurship, Tim initially thought he would end up in a team developing an application or a website, as most entrepreneurs do nowadays. When he had to come up with a list of business ideas, a phone call with his father reminded him of the time in that tent in Arjeplog and of the fantastic dried reindeer. Without taking this idea too serious however, he put it on his list and a few days later pitched it to his peers in class. Right afterwards, Anton and Alex approached him, since they found this idea interesting, even though it seemed a bit quirky at first. The three of them made a few experiments with reindeer meat and soon decided that reindeer jerky is a unique product and so delicious that it should not be kept from the market. And so the story of Renjer began… 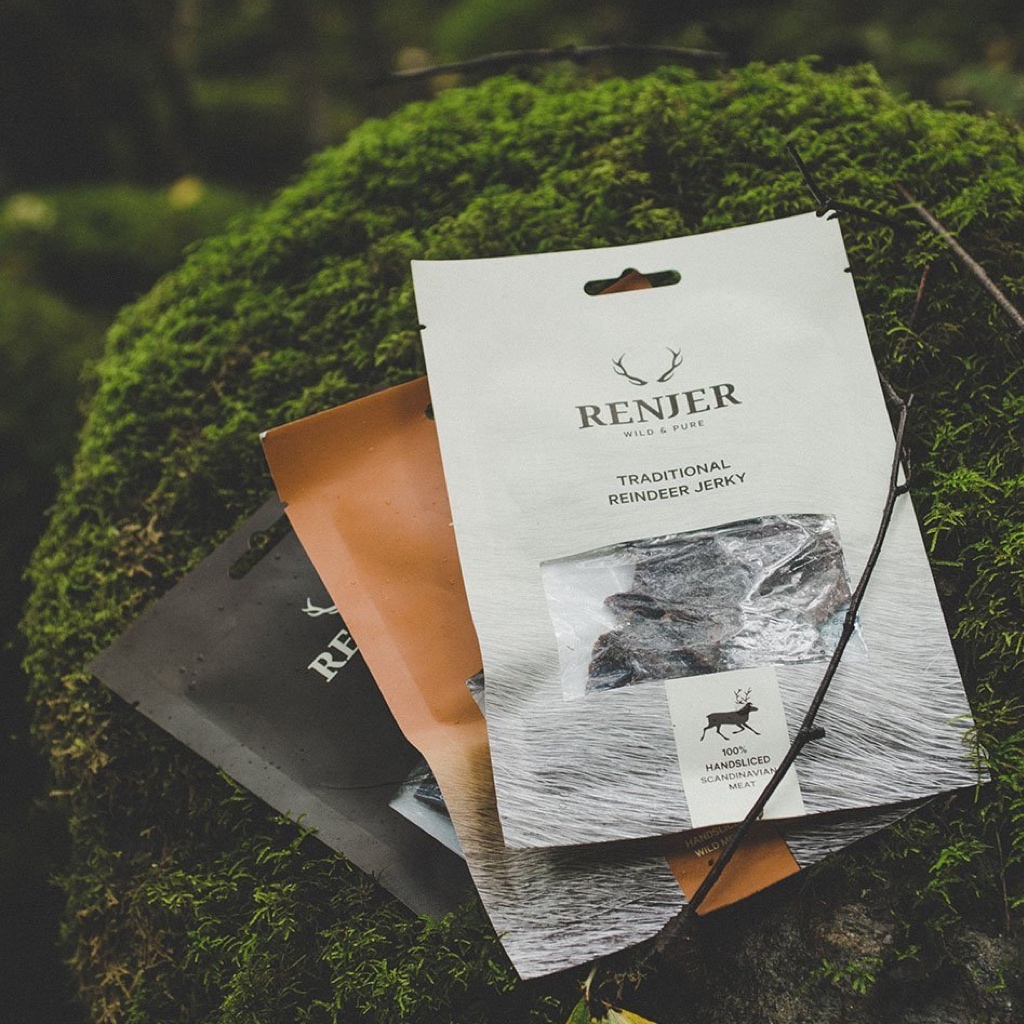 Renjer is only produced of high quality game meat from Northern Europe, which means that the eco-footprint is ten times below beef jerky. Moreover, the species-appropriate life of wild animals is a clear signal against mass-produced meat.

Wild meat is packed with healthy nutrients due to the natural diet of wild animals. Our jerky is high in protein, but has very low fat content and carbohydrate content.

We use only whole meat bits and aim to keep the wild taste of our meats by seasoning them only slightly.

Every piece of our products is handsliced and carefully dried to guarantee the maximum taste experience.