Proceed to cart
Customer support:info@masohere.com
Prices in:
Login
Home / What is Biltong 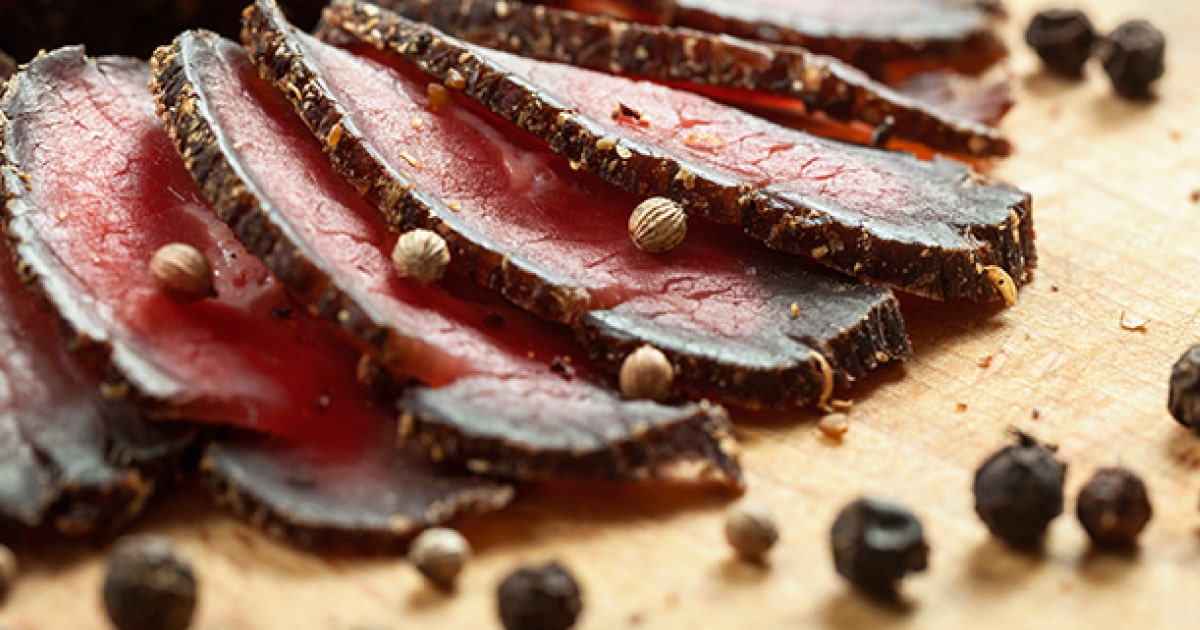 Biltong is a traditional South African dried meat snack that has a rich history dating back centuries. The origins of biltong can be traced back to the early settlers of South Africa, who were Dutch, French and German. These settlers, known as the Voortrekkers, were in search of new land and were moving away from the colony of the Cape of Good Hope. They brought with them traditional European methods of preserving meat, such as drying and salting.

The Voortrekkers quickly realized that the hot and dry climate of the interior of South Africa was perfect for drying meat. They began to experiment with different methods of drying and curing meat, eventually developing a unique method that was well-suited to the local conditions. This method involved the use of vinegar, salt, and a mixture of spices to preserve the meat, which was then hung to dry in the sun.

The word "biltong" itself is derived from the Dutch words "bil" (rump) and "tong" (strip or tongue) referring to the type of meat that was traditionally used for the snack. Biltong was originally made from the meat of game animals such as kudu, springbok and impala, but today it can be made from various types of meat including beef, ostrich and even fish.

Biltong quickly became a popular and essential part of the Voortrekkers' diet, providing a source of protein and sustenance during long journeys across the country. It was also a practical way to store meat for months without the need of refrigeration. This made it a convenient and valuable food source for travelers, hunters, and soldiers.

Today, biltong is enjoyed by people all over the world and is available in a wide range of flavors and styles, from traditional beef to more exotic options such as venison or ostrich. Biltong is also gaining popularity in Europe and America as a healthy and low-carb snack alternative.

In conclusion, biltong is a traditional South African dried meat snack that has a rich history dating back centuries. It was originally made by early settlers as a way to preserve meat, but today it is enjoyed by people all over the world in a wide range of flavors and styles. Biltong is not only a tasty snack but also a healthy and low-carb alternative for those who are health-conscious.